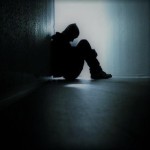 Third and final installment in Zack Snyder's Man Of Steel trilogy, Clark Kent is seeking his journey's end and a chance of redemption, equality and legacy as his greatest opponent arises.

SHAUN OF THE DEAD - U.S. remake by Edgar Wright and Simon Pegg

(Not a remake to John Carpenter's debut) 2250 A.D, after a full scale alien invasion that occurred 200 years before, Earth has been divided into two sections: one side is a human “utopia”, the other is a post-apocalyptic nightmare inhabited by the aliens, both are at war with each other. In an effort to end the war, long-suffering veteran Major John Azzerdan is assigned to lead an elite Dark Star squadron to the alien home planet and destroy the supplies. But while there, Azzerdan and his team discover dark secrets involving the history of the war as they battle to …

In the year 2135, a man known as “Ark Survivor” awakes from cryogenic preservation; he …

The worlds of Marvel and DC have been opened, and the Marvel universe had just …

The Avengers try to stop the First Order from invading Earth